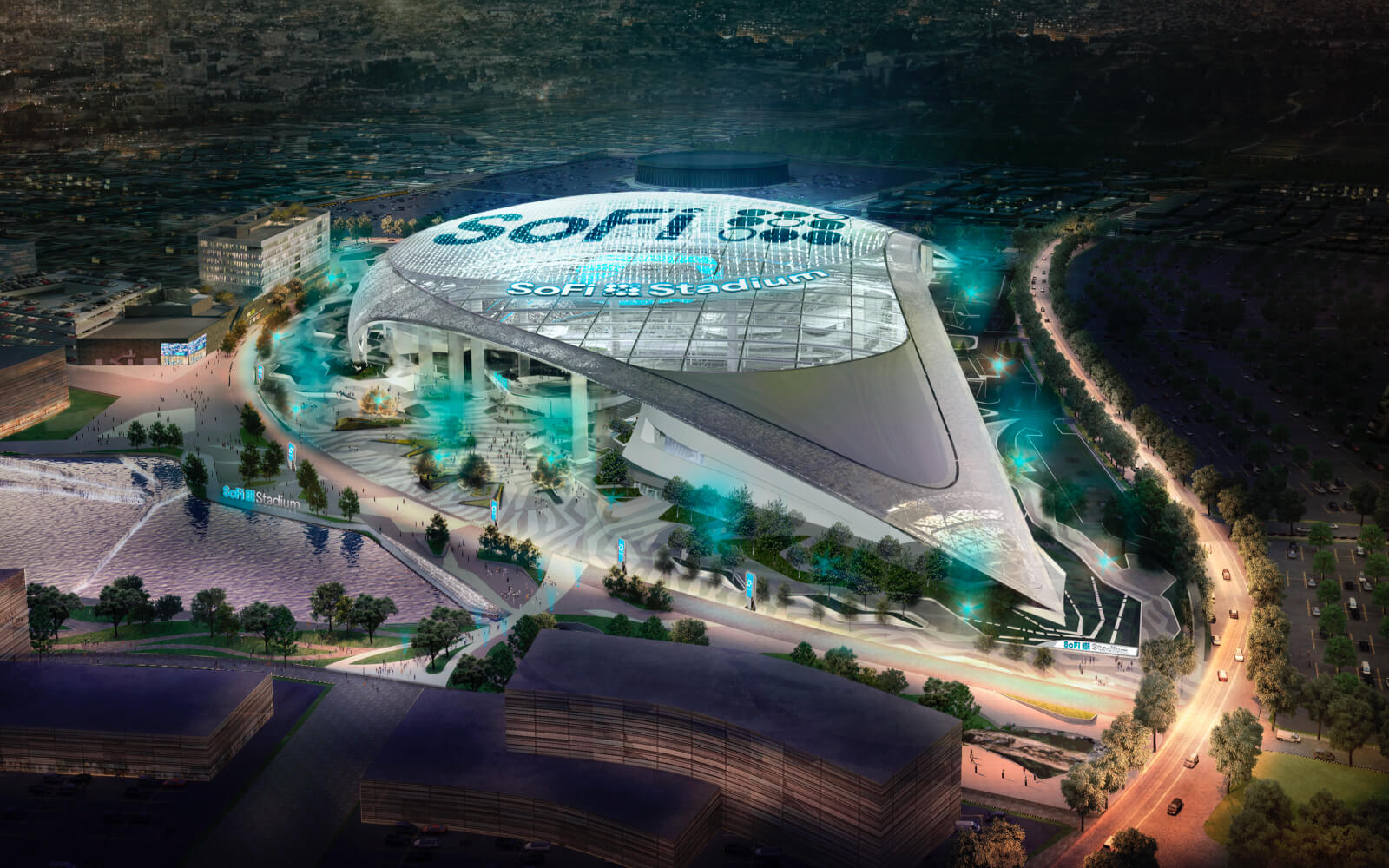 The newest NFL super stadium, SoFi Stadium, in Inglewood, California, is adorned with an aluminum canopy consisting of a translucent ethylene tetrafluoroethylene (ETFE) membrane at the top and surrounded by 34,789 perforated anodized aluminum exterior panels. The panels attach to an aluminum lattice support system, which attaches to the steel structure surrounding the stadium that (along with the roof) make up the canopy. The independently supported canopy (separate from the stadium bowl structure) covers the stadium, allowing for wind circulation, diffused lighting and protection from sun and rain.

The unique Frost White anodized finish on 1/8 inch thick aluminum panels used for the SoFi Canopy was developed from the collaboration of Zahner, AaCron, Novelis and Metalwest, and has never been used before in any other project. The exclusive Frost White was developed specially to stand out against the blue sky, but also to have a matte finish so as not to create dangerous glare for air traffic flying directly overhead to and from the Los Angeles International Airport.

With 3.1 million sq. ft. of space covered by the canopy, it is now one of the world’s largest indoor-outdoor venues, containing a 70,000-seat stadium, as well as a 6,000-seat smaller venue and a 2.5-acre plaza.

The stadium will host two NFL teams, the San Diego Chargers and the Los Angeles Rams. SoFi Stadium will be the site of Super Bowl LVI in 2022, the College Football Playoff title game in 2023 and the opening and closing ceremonies of the 2028 Olympics.

This site uses cookies to store information on your computer. Some are essential to make our site work; others help us improve the user experience.
By using this site, you consent to the placement of these cookies. Read our Privacy Policy to learn more.